Ard Financial Group (“AFG”) publicly announced the shareholders' proxy voting on the appointment of the Board of Directors (“BoD”) of the company. It was resolved the voting to be conducted from the 2nd of September to the 11th of October, 2019, and the ballots were received at the headquarters of Ard Financial Group.

In addition to the 10 candidates who served on the former BoD of AFG, Mr. Arnaud Ventura, the founder of Baobab Group, was newly nominated as an independent member.

Mr. Batbayar Purevjargal, the re-appointed Chairman of the BoD, said "Mr. Arnaud Ventura, the new Board member, has a wide range of expertise in the field of digital finance as the founder of Baobab Group which he grew from a startup to one of the largest bank holding companies operating in Africa and China lending more than 1 billion Euro to 1 million client in 2019. Arnaud was also the co-founder of PlaNet Finance (now Positive PlaNet), one of the leading players providing consulting services in international development sector and micro and SME finance. We are confident that he will contribute greatly towards improving the AFG’s corporate governance, fundraising for expansion of our operations particularly in Asia (excluding China) and bring the company on the international markets.”

Publicly traded companies on the Mongolian Stock Exchange in our investment portfolio: 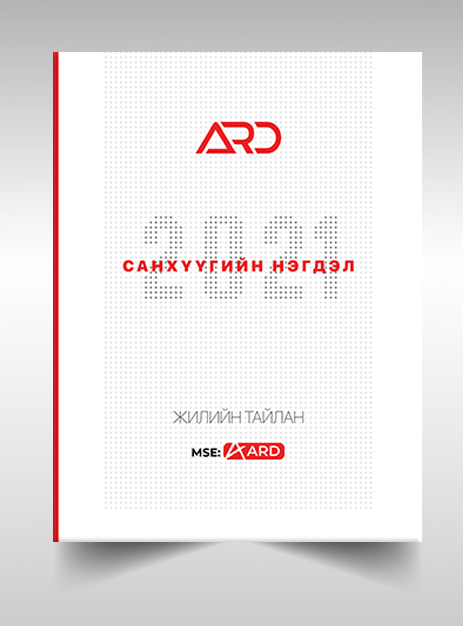