To build the Investor Nation.

To become a leading FinTech conglomerate in the region.

In 2000, the United Nations Development Program and the US non-governmental organization Mercy Corps made a decision to donate MNT600 million to the employee investment trust fund of XacBank.

XacBank employees exchanged their shares for the shares of XAC-GE, a parent company of XacBank, to unify their voice in the management of the Company.

XAC-GE was then renamed to TenGer Financial Group and expanded into a group of companies providing financial services.

XacBank’s founder established Ard Financial Group, which started as “Employee Investment Trust” or EIT in September of 2005. It became the foundation of the first institutional investor in Mongolia.

EIT started with MNT1.2 million in equity and 10 shareholders in October of 2005. By the end of 2020, the Company had MNT80 billion in assets and over 12,000 shareholders. In 2013, our shareholders formulated a new strategy and made a historic decision to rebrand as Ard Financial Group. Following the new vision, we started investing in Ard Credit, Ard Insurance, Ard Securities, Ard Life and Ard Assets.

In 2015, Ard Financial Group was transformed into a closed joint-stock company based on the original belief that people should benefit from the wealth they create and should be the owners of the banks

In 2016, Ard Financial Group successfully participated in the privatization of Mongol Post and became the major investor. In 2017, Ard Management, an investment fund management company, and Ard Bit, a blockchain and cryptocurrency company, were added to our strategic investment portfolio. In 2018, TenGer Systems began to reform its operations into blockchain technology. Ard Properties, Ard Realty, Ard Leasing and Ard Holdings International were established and became part of the Group in 2019.

At the end of 2017, Investor Nation merged with Jinst-Uvs JSC and started trading on the MSE. On August 8, 2019, Ard Financial Group became a public joint-stock company through RTO. In 2020, we launched Mongolia’s first closed-end mutual fund, the National Privatization Fund, and the Digital Assets Exchange or DAX. 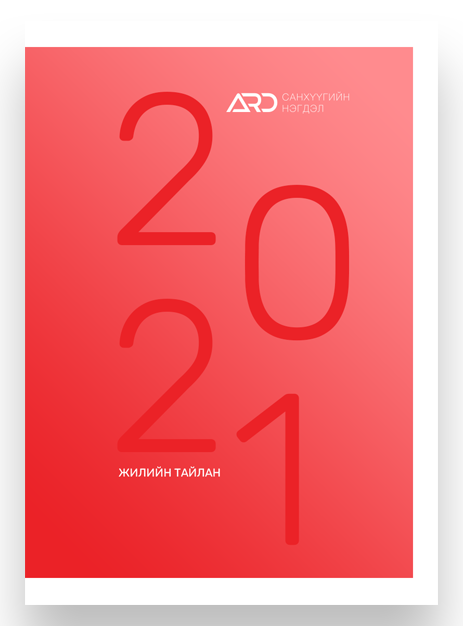